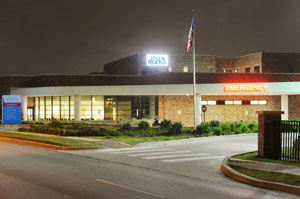 Glenda Matchett, DRMC CEO, was unable to attend the presentation but in a written statement, said:

“We believe in supporting our community and understand that a strong community builds strong leaders, like our veterans. When we learned about the plan to build a veterans memorial in Mesquite, we knew we had to be a part of it. This donation was made in honor of all those who have given the ultimate sacrifice, those who have served, and those who continue to serve.”