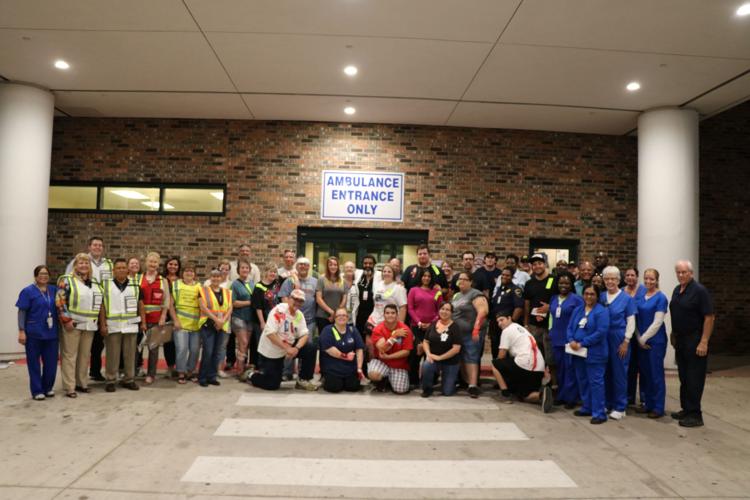 Imagine you’re working in the emergency room at a local hospital. It’s late at night and you’re creating a study stream of patients coming through the ER. All of a sudden you hear a message over the radio about several ambulances heading your way with “numerous” patients. Minutes later, half a dozen people walk into the ER with a variety of wounds. Then just moments later, ambulances pull up and more patients appear. There are people with gunshot wounds, head injuries, and those whose injuries are not immediately obvious. You start to feel anxious, but then your training kicks in. You and your team members begin examining patients while activating an internal emergency notification system.

After a few minutes of checking patients and their wounds, you realize that the wounds are not real; they are carefully created synthetics, complete with artificial blood. They’re the kind of thing you would see in a movie. They look very real until you get a close look, and then you realize the wounds are fake.

This was only a drill, but in the world of emergency services, everyone must be prepared for anything. That’s why Dallas Regional Medical Center (Dallas Regional) makes it a point to train with the best. Recently, Dallas Regional participated in a mass casualty exercise put on by the Mesquite Fire Department.

The exercise started with firefighters and EMTs being staged near a simulated disaster site in the Mesquite area. Dozens of volunteers sporting a variety of simulated wounds sporadically made their way outside the building to receive treatment from fire department staff. Some patients were too injured to move, so firefighters had to go in to stabilize the patients, and then remove them via stretchers. The patients were triaged and classified on-site, and then sent to Dallas Regional. Those with less severe “wounds” were directed to the hospital via their own vehicles, while patients requiring more critical care were transported to the hospital via ambulance.

Once at Dallas Regional, emergency room staff enacted a similar triage process for each patient so staff knew what needed to take place. Some patients were sent to surgery, some to radiology for imaging needs, some were admitted to the hospital, and some were treated and sent home. Being an exercise, these patients did not really undergo surgery or imaging procedures, but those special teams were “activated” and were ready to respond if the need was real. Hospital leaders from numerous departments were on-site in order to participate and evaluate the effectiveness of the drill because, in a real disaster, it will take people from all departments to help out.

Because Dallas Regional is the only accredited chest pain center for more than eight miles, and the only designated trauma center within 12 miles, hospital administration, and staff put a strong emphasis on training and preparedness.

“We’re thrilled to be able to participate in the exercise,” said Glenda Matchett, CEO of Dallas Regional.

“We already work very well with the Mesquite Fire Department, so it’s only fitting that we’re able to partner with them for exercises like this. It also gives our staff a great opportunity to put our training into action, even if it turns out to be a drill,” she continued. “Our thanks go out to the Mesquite Fire Department, our staff, and all the volunteers who helped make this exercise such a worthwhile event.”

[+] Click here to read more about how DRMC recently trained for a mass casualty drill.